About 95% of UK homes and offices can now get superfast broadband but many people remain unaware that they can access it, and at attractive prices. Superfast broadband delivers much higher speeds than standard ADSL broadband and we strongly recommend that you upgrade if you can. Note that when fibre broadband becomes available, you are not automatically upgraded. You have to proactively upgrade. Use our postcode checker in our Broadband Deals page to see if you can get higher speeds and upgrade on the page. We’ve identified the best broadband deals available in your area meaning that you may be able to save money and get much faster speeds. If you already have fibre broadband, you may be able to save money by changing to another provider or package. Around 8 million broadband users are out of contract and can save money, according to Ofcom.

There are massive benefits upgrading to fibre broadband

As described in our Why you need superfast broadband page, fibre broadband unlocks a range of exciting services for broadband users previously limited by relatively slow speeds. Suddenly, a mass of bandwidth-intensive services become more easily available, including:

A big benefit of fibre broadband is its ability to support multiple devices and users in the same household or business. With an increasing number of devices connecting to the Internet, including mobile phones, notebooks, tablets and set-top boxes, standard broadband can easily become a bottleneck.

Consider your expected or desired speeds, as you can save money opting for a slower package

The price of fibre services is not only determined by the monthly usage allowance but also by the maximum speeds offered, so it is possible to save money by opting for slower maximum speeds. BT and a number of ISPs offer two service types with different maximum speeds: 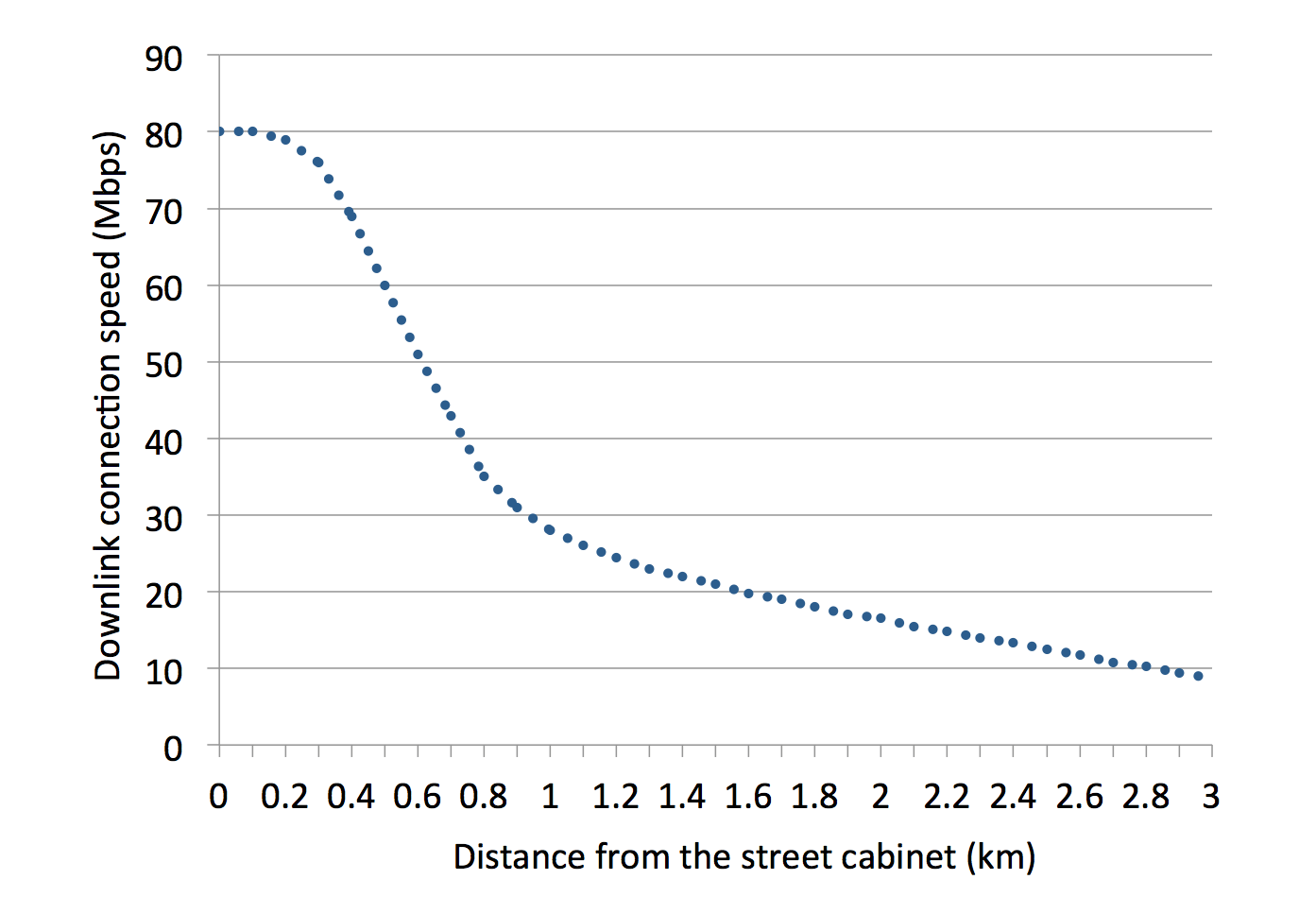 So, there may be little point in opting for one of the fastest packages, and this approach could save you money! Furthermore, all of the applications that have been discussed above (including streaming of HD TV content) can be successfully delivered with downlink speeds significantly less than 40 Mbps.

Consider other aspects that may be important to you

While superficially many services may look similar, in terms of usage allowances, headline speeds and contract periods, you should also consider aspects that could be particularly important to you, such as:

In an ideal world, you would rarely need to contact customer services. However, if you need help with a fault,  a service upgrade/downgrade or a billing or technical query, you may want your issue addressed quickly and effectively. As discussed below, smaller ISPs can often provide superior, UK-based, customer support compared with larger ISPs. It is worthwhile looking for feedback from existing customers before taking the plunge and ISPReview provides a useful list of UK broadband ISPs ranked in terms of real customer ratings.

Bundling of services (to include TV services) is becoming more prevalent, and companies such as Sky, TalkTalk and BT are increasingly incentivising users with a bundled range of services. For example, BT Broadband customers can now get access to BT Sport channels for free. If you are an existing Sky TV or TalkTalk TV customer, we recommend that you identify any special offers.

Speeds can be affected by traffic management in broadband networks, whereby speeds are throttled back at busy times to avoid congestion. Some ISPs (e.g. Plusnet) clearly state that traffic can be “managed” during busy periods with some services de-prioritised. Other ISPs, including BT Broadband, Zen Internet and Xilo, clearly state that they do not implement any type of traffic management.

So which fibre ISP should I opt for?

As you have probably guessed from the discussion above, there is not a single answer for everyone, so you will have to make the decision based on what is important to you. To help further, we will now consider a number of popular ISP options, from the largest to the smallest.

BT Broadband has the highest market share of all ISPs

BT Broadband is the biggest broadband ISP in the UK with about 7 million customers and a substantial market share of fibre connections. Fibre broadband customers receive ‘free’ access to the new BT Sports channels on multiple devices (via fibre broadband and Sky boxes), and some sports enthusiasts may be swayed by the recent announcement that BT has secured the rights to screen Champions League matches.

We have been critical of BT’s telephone customer support and BT currently relies on overseas call centres. However, customers can often get a much better response online using the  BT Customer Support Community Forum. For the latest information about current BT prices and offers, visit the BT Broadband website.

Sky is the second largest ISP in the UK

Sky offers a range of bundled broadband, telephone and TV services. We recommend existing Sky customers to contact Sky to understand the latest offers, as these are often unpublished and are dependent on whether you subscribe to other Sky services. Sky is currently focusing on its ‘up to 38 Mbps’ fibre service, with a significant price difference between its ‘up to 38 Mbps’ and ‘up to 76 Mbps’ services. For the latest Sky fibre broadband prices and offers, visit the Sky Broadband site.

TalkTalk is one of the UK’s largest ISP, with a reputation for offering low-priced telephone, broadband (and more recently) TV services. Customers can expect to pay a premium of about £10 per month for TalkTalk’s unlimited  ‘up to 38 Mbps’ fibre service over its conventional unlimited broadband service.

TalkTalk has received criticism in the past for the quality of its customer support. However, we have found that TalkTalk users can often get a better response online using the TalkTalk Community.

For the latest prices and offers, visit the TalkTalk site.