On the 31st July 2014, BT announced its financial results for the quarter ending June 2014. It announced that its fibre broadband network covered about 20 million premises, and that about 3 million of these had signed up, making take-up about 15% of premises. As shown in the figure below, while the results indicate steady progress, there’s absolutely no sign of an increasing upward trend and point to the failure of BT and ISPs to get the positive messages of superfast broadband across to consumers and businesses. 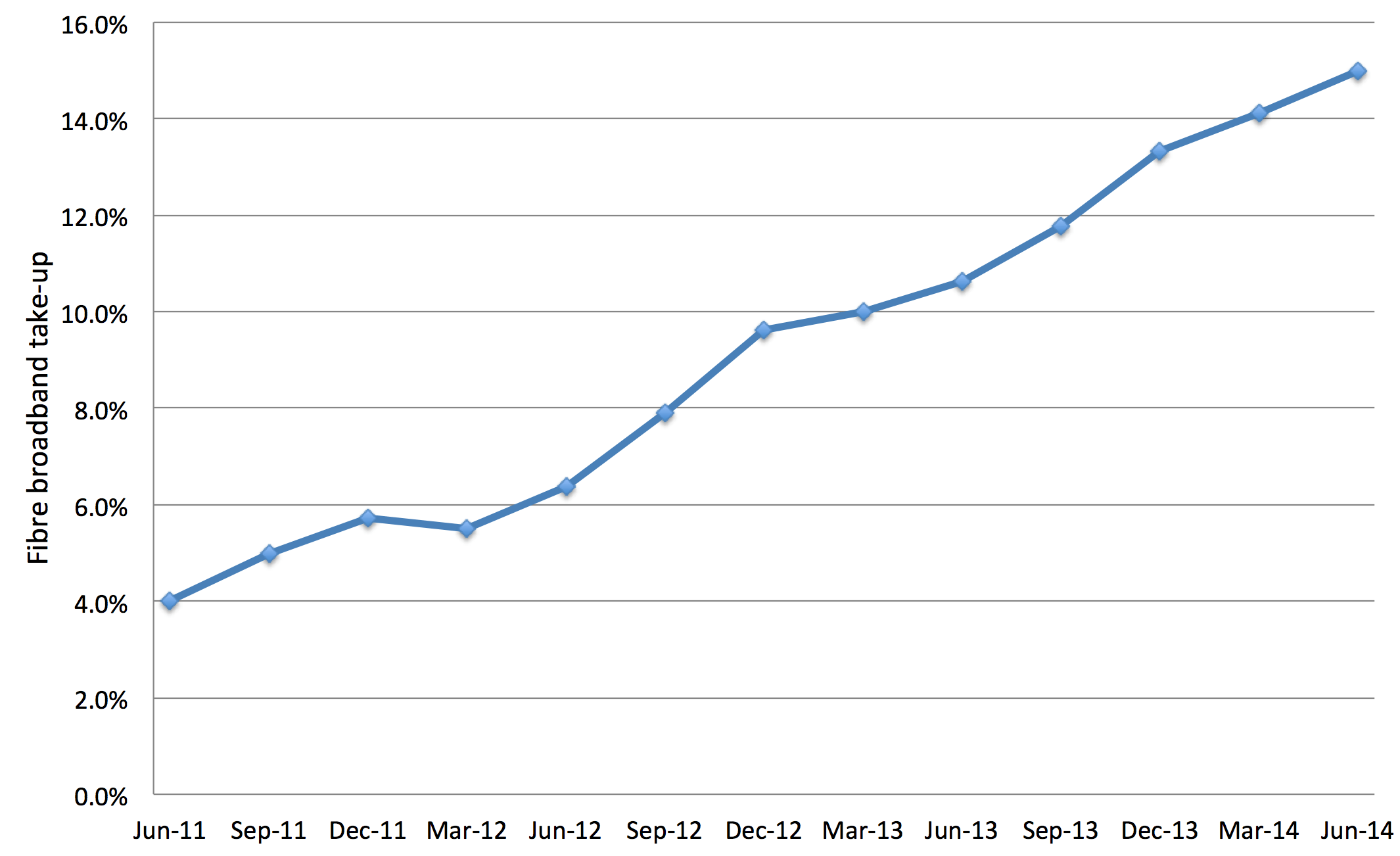 In many areas, the arrival of superfast broadband is typically only signalled by a sticker being placed on the fibre street cabinet. Therefore, it is not unsurprising that people will be unaware that fibre broadband is actually available to them.