On this page, we give reasons why superfast broadband is becoming increasingly essential for consumers and businesses. Superfast broadband, offering download speeds of at least 30 Mbps, is now available to 95% of UK premises. You can check to see if you can access superfast broadband using the postcode checker on our Broadband Deals page.

1. Superfast broadband is needed to support an increasing number of devices in the home 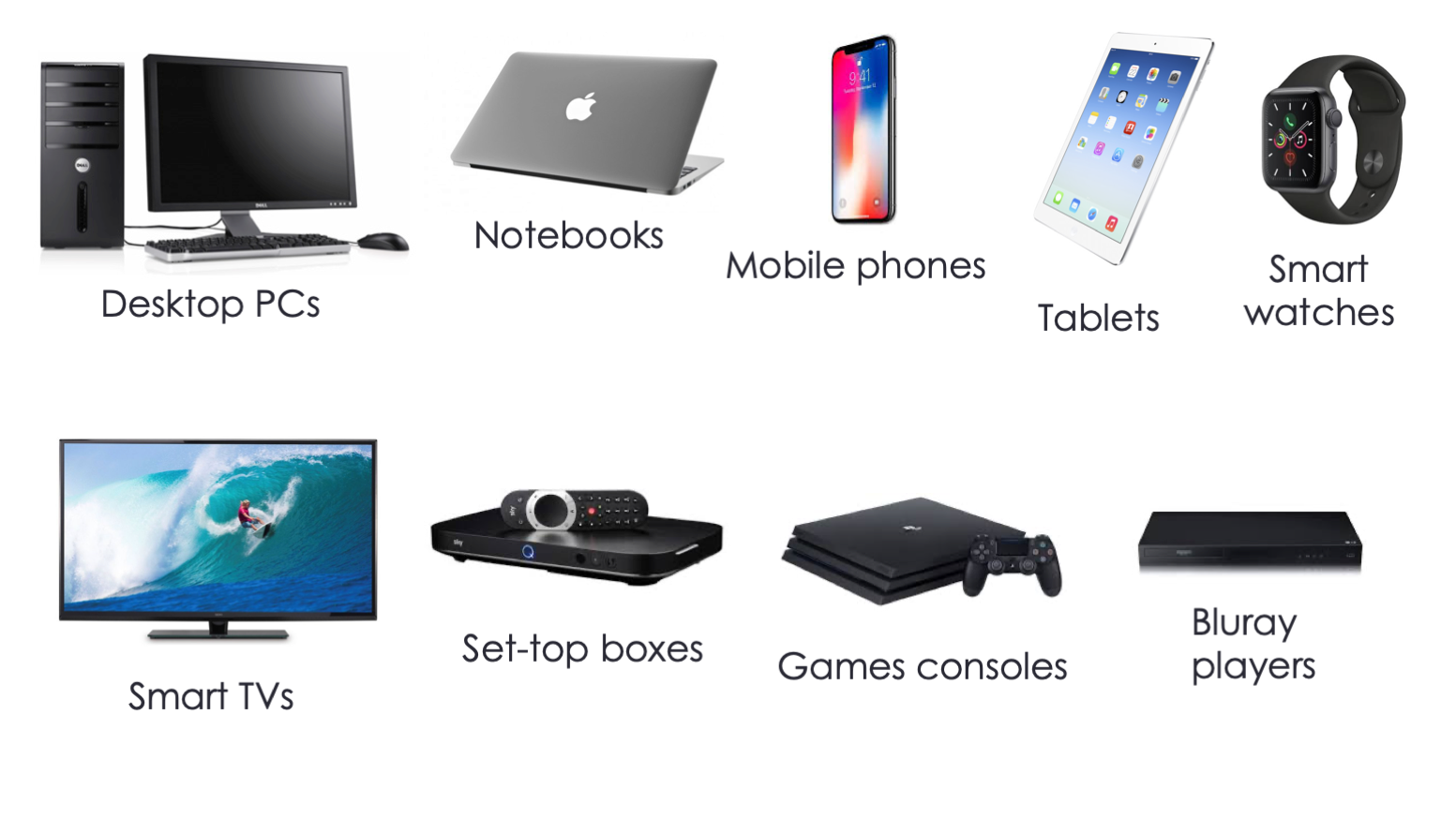 Basic standard broadband (ADSL) struggles to support the increasing number of Internet-capable devices in the typical home, which can include:

You may be surprised when you count up the number of devices you have that connect to the Internet. Ofcom has identified strong growth in the adoption of Internet-enabled devices, with each household in the UK now having several different types of Internet-enabled device. As outlined in our Broadband Statistics page, 63% of households have a laptop and 54% have a tablet device. Most new television sets sold in the UK are ‘smart TVs’ and more than half (53%) of households have, in some way, an Internet connection to their TV. Eight in ten adults (79%) now have an Internet-enabled smartphone.

Subscription to traditional pay-TV services (such as Sky, Virgin Media, BT and TalkTalk), with their Internet-enabled set-top boxes – totalled 14.3 million in the first quarter of 2019.

All these devices will be competing for the same limited bandwidth (when they access the Internet or perform a software update), and basic broadband services with slow speeds will increasingly become a major bottleneck.

The situation is even worse when there are several people living in the household when standard broadband is woefully insufficient. All too often parents may be struggling to access the Internet while their children are trying to watch YouTube in their rooms.

2. Without superfast broadband, consumers miss out on bandwidth-intensive services such as TV and video

Subscriptions to traditional pay-TV services (such as Sky, Virgin Media, BT and TalkTalk) totalled 14.3 million in Q1 2019. Traditional pay-TV services (such as Sky) increasingly use a broadband connection to download or stream ‘on demand’ content that supplements ‘live’ content delivered using conventional broadcast channels. For example, when Sky Q viewers tune in to a conventional movie channel mid-way through the movie, the viewer is given a choice to watch the movie from the beginning (which is then downloaded via the broadband connection). The slower the broadband connection, the longer the viewer has to wait to view the content.

There is a noticeable quality trade-off for streamed services as the bandwidth available is reduced in terms of picture and sound quality. Netflix recommends an Internet connection with at least 25 Mbps download speed to stream titles in their best (Ultra HD 4k) resolution. The BBC recommends download speeds of more than 5 Mbps just to watch HD content via iPlayer. The speed requirement for iPlayer jumps for its best Ultra HD quality level though. The BBC has recommended a minimum speed of 40 Mbps to view its Ultra HD content (such as Wimbledon). Without superfast broadband, broadband users will be unable to view the best 4k Ultra HD streamed services.

3. Superfast broadband delivers a responsive experience for many applications

Superfast broadband generally guarantees an extremely responsive and reliable experience for a host of online services, including:

While many focus on the improved download and uploads speeds provided by superfast broadband, less well known is the fact that superfast broadband tends to improve other performance aspects such as latency. Latency is very important for online gaming, for example, as well as video and voice telephony (e.g. Skype). The perceived unreliability of accessing services using standard broadband may well become a thing of the past with superfast broadband.

5. Superfast broadband may be cheaper than standard broadband! 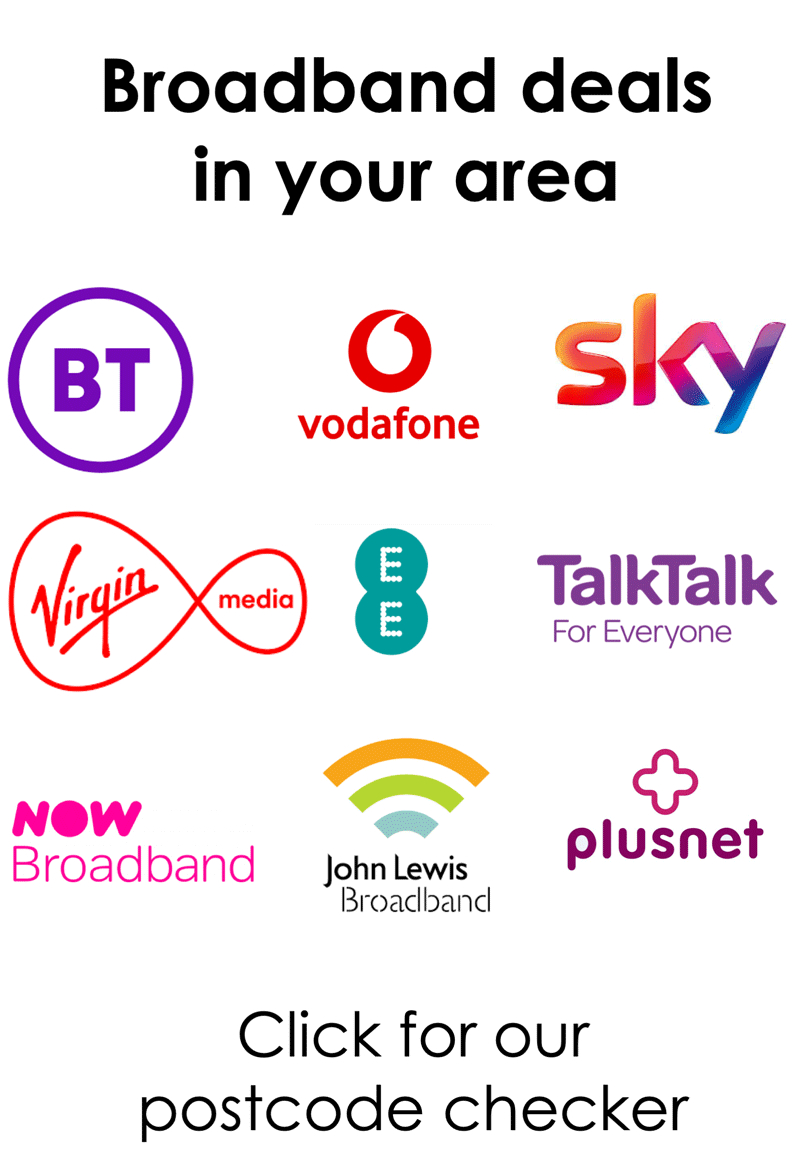 Ofcom has found that the difference between the monthly rental fees for ISPs’ lowest-cost ‘superfast’ services and their lowest-cost ‘current generation’ services is often relatively small, with the price differential ranging from £5 to £10 a month for most ISPs that offer both types of service.

In practice, any small premium for superfast broadband may be completely outweighed by any deals obtained by switching to a new broadband provider or re-contracting with an existing supplier.

To see if you can access superfast broadband in your area, and to view the best deals, visit our Broadband Deals page.

A survey carried out by ispreview.co.uk found that 68.8% of respondents would be put off from buying a “beautiful new house” if it lacked fast broadband. 73.9% considered that broadband was “critically important” to their home life.

7. Conventional broadband services can be unreliable

In contrast, high-speed fibre broadband utilises fibre-optic cables, which are immune to interference and do not suffer the signal attenuation experienced by copper lines. As a result, superfast broadband services deliver significantly higher speeds and are more reliable.

8. Superfast broadband connectivity is essential for many businesses

Superfast broadband is increasingly becoming essential to businesses, whatever the size of the business.

In businesses with a significant number of employees, superfast broadband ensures that employees no longer have to compete for access to slow and limited conventional broadband services, increasing efficiency. Widespread deployment of superfast broadband services also allows businesses to provide flexible working for employees so that they can work from home and access company systems remotely, saving costs and reducing carbon footprints.

Homeworking potentially allows many people to achieve a better work-life balance, particularly parents with young children. However, conventional broadband services may not permit reliable access to business systems or allow employees to communicate effectively with colleagues or customers through video conferencing, for example.

Team building company Creative Team Events is embracing the creative possibilities from superfast broadband to reach out to a new global audience. It is developing an extensive portfolio of high-definition content to showcase its events and introduce its event facilitators. The company estimates that superfast broadband has helped boost sales by about 30% and has brought it new customers from across the globe, with recent team building events held in Beijing and the USA. Here is a video:

Don’t forget to read our Increase Broadband Speed Guide to get the fastest speed possible from your line. Our WiFi Optimisation Guide shows how you can avoid your WiFi connection becoming the bottleneck of your system.

Check to see if you can access superfast or ultrafast services using our Postcode Checker What is Fibre Broadband? FTTC and FTTP Explained Why Do You Need Superfast Broadband? Chart of BT FTTC Speeds Versus Distance From the Street Cabinet Which Fibre ISP? What's Involved in a Fibre Broadband Installation? What is G.Fast? UK Broadband Statistics

How to Improve your existing connection

Multiple ADSL Connections What is ADSL Bonding? What is Load Balancing?