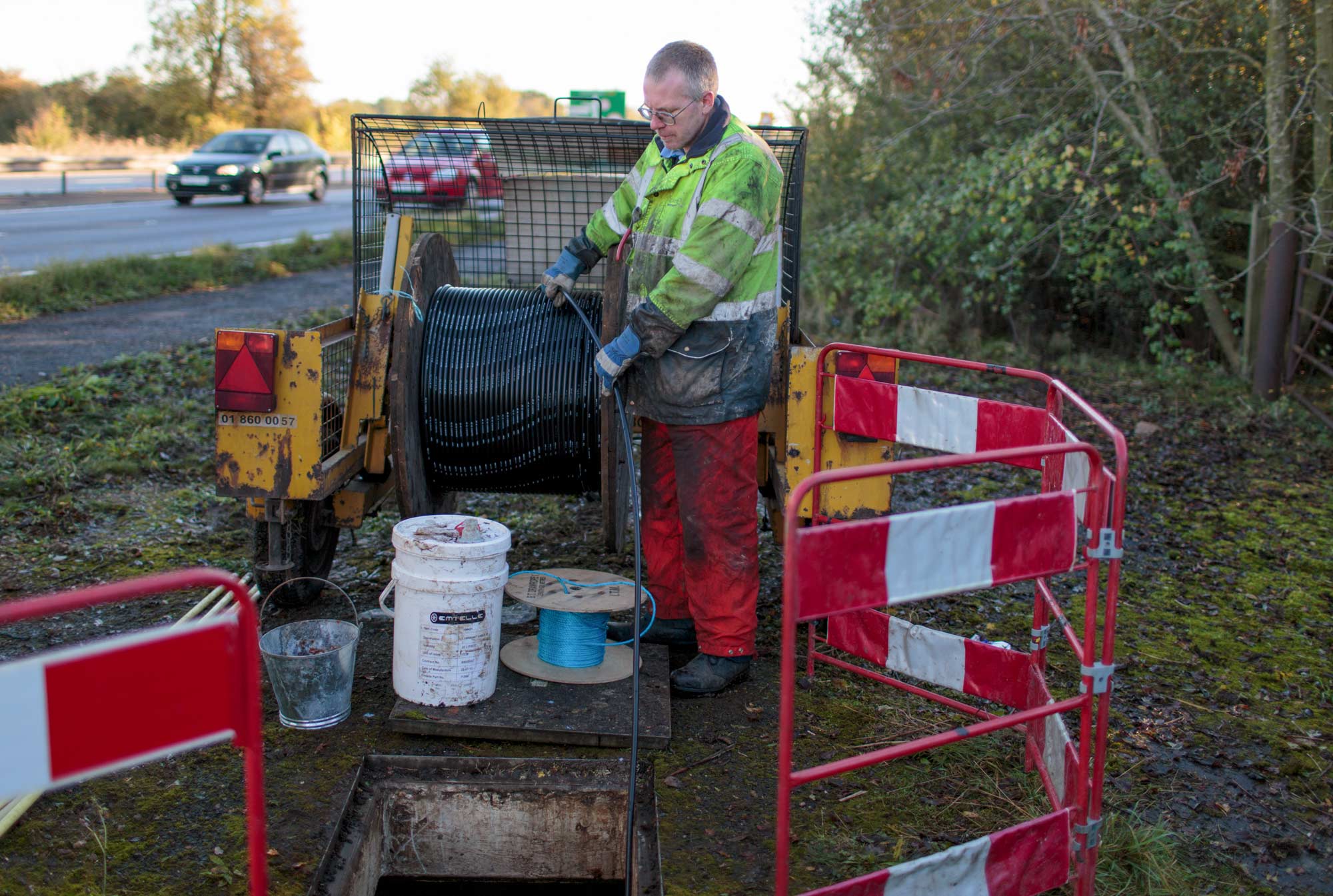 With the UK Government going back on its election pledge to bring gigabit broadband to every home and business by 2025, a new report from the Digital, Culture, Media and Sport Committee from the UK Parliament questions the viability of even the watered-down targets! It’s time for communities to take proactive action and do it for themselves. Our guide and case studies show that it may be easier than you think but be quick before Government vouchers and local authority top-ups run out. 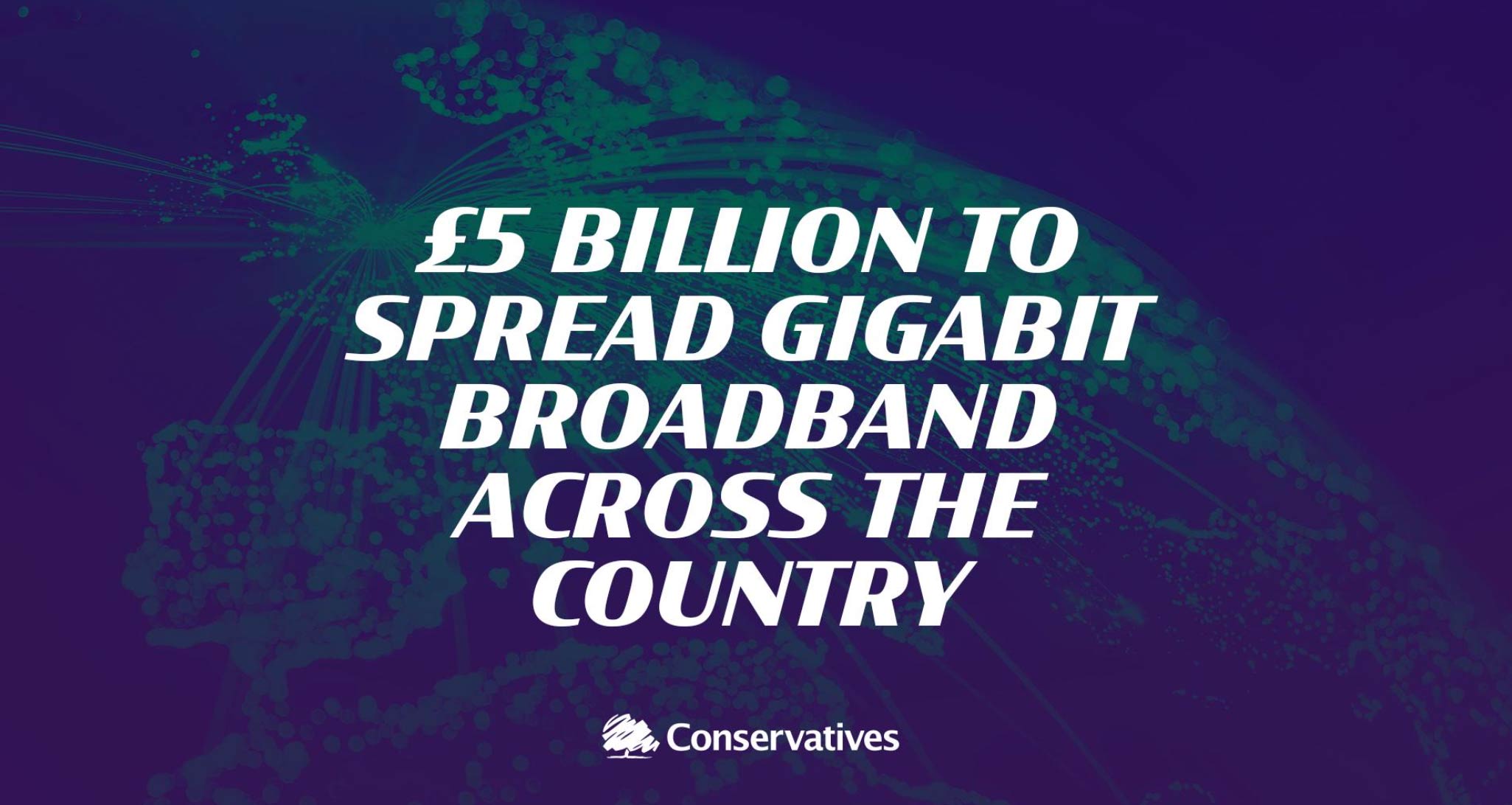 We knew that the 2019 Conservative manifesto pledge of gigabit broadband for all by 2025 was unrealistic, but the planned £5 billion investment would have helped move full-fibre deployments forward, particularly in rural areas. Even so, a new report from the Digital, Culture, Media and Sport Committee from the UK Parliament makes depressing reading, at a time when the news isn’t exactly full of positivity. As well as tracking the painful reality of a broken manifesto pledge and the watering down of broadband targets, it is questioning whether these substantially watered-down targets will even be met. You can read the full report here (PDF):

Broadband and the Road to 5G  |  House of Commons Digital, Culture, Media and Sport Committee

When the 2019 manifesto of the Conservative Party promised “full-fibre and gigabit-capable broadband to every home and business across the UK by 2025”, this seemed a positive development – recognising the critical importance of broadband to how we live and work. While the timescales and investment (£5 billion) seemed way off the mark, there’s no doubt that it represented a move in the right direction. Investment in gigabit broadband seemed a ‘no brainer’ for a Government seemingly interested in infrastructure projects that could stimulate the economy and provide long-lasting economic and social benefits.

Nothing could emphasise more the critical importance of gigabit broadband than the coronavirus pandemic. The report states, “The COVID-19 outbreak has demonstrated the importance of digital connectedness and placed a renewed emphasis on the important of being digitally excluded, including on accessing vital public services.” As discussed in depth in our Increase Broadband Speed Blog, broadband has become critical for the delivery of streamed TV (including Netflix, iPlayer and Disney Plus) and video conferencing services (such as Zoom and Skype), which have been critical for home workers and people wanting to keep in touch with family and friends.

Given this backdrop, we were very surprised when the Chancellor, in his Spending Review, announced a substantial drop in funding for gigabit broadband, and we were not the only ones. The Committee report stated that it was “a surprise when the Government abandoned its commitment to nationwide gigabit-capable broadband by 2025 in the National Infrastructure Strategy, and set out, in the (recent) Spending Review, plans to distribute only 25% of the £5 billion it had committed for gigabit-capable broadband.”

So, the available budget to 2025 has been substantially reduced to £1.25 billion, with the 100% coverage target for 2025 revised down to 85%. Ominously, the Committee report states, “even meeting the revised target will be a challenge.”

Where does this leave communities needing gigabit broadband?

The available £1.25 billion budget until 2025 is not going to go very far. Currently, superfast broadband offering download speeds of at least 30 Mbps is available to about 96% of UK homes and businesses. Realistically, the achievement of a similar availability for gigabit broadband may take ten or more years. We are set for a repeat of the situation we’ve seen before with a huge performance gap between the ‘haves’ (mainly in urban areas) and the ‘have nots’ (predominantly in rural areas).

Communities have two basic options. One is simply to wait for the arrival of gigabit broadband and make the most of any existing broadband infrastructure. The second option is to take proactive action and work with a broadband provider to bring gigabit broadband to their area.

It is expected that the Government’s gigabit broadband programme will be split between:

We do not expect there to be detailed plans for quite some time from the direct supply-side intervention stream. So, the availability of Government vouchers, which are already available, provides the best short-term opportunity currently for many communities to take their broadband future into their own hands. It remains to be seen what funding will be allocated to vouchers beyond March 2021 but we recommend taking action before funding runs out.

For those considering taking proactive action, remember that one of the key benefits of community schemes that are driven by local enthusiasts is that they are potentially able to achieve significantly higher take-up of services compared with broadband providers relying on conventional marketing and advertising. Demand stimulation is arguably the most important aspect of a successful gigabit broadband deployment. What is the point of making gigabit broadband available to an area if only a small proportion of household take up services?

“When collecting expressions of interest was a requirement to trigger broadband roll-out, local campaigners committed to explaining the benefits of broadband to the other residents (including non-users). Our comparison suggested that this approach was more successful than marketing campaigns highlighting the benefits of broadband. The fact that the information comes from local and familiar sources (such as a local volunteer or a family member) contributed to overcoming the scepticisms and mistrust of non-users towards broadband and digital technologies.”

First, please feel free to read our guide, which will be updated regularly:

Guide for Rural Communities: how to get Fibre-to-the-Premises (FTTP) now!

Our guide discusses how to determine the business case for gigabit broadband in your own community, and what you can do to improve the viability of your scheme. It also contains links to various information sites (such as detailed information on Government vouchers).

You are not alone. Here are some examples of communities deploying gigabit broadband for themselves:

Broadband in Spaldwick (a Cambridgeshire village)

As you progress, please be realistic about the help and support you will get from Government, potential suppliers and local authorities. Sporadic communications can be demotivating.

Poor and unreliable communications from potential suppliers seems to be a common problem reported by local broadband enthusiasts/representatives. In our own local community project, one supplier did not respond to multiple requests, even when the local authority got involved. In hindsight, it was a lucky escape and part of our evaluation process.

Local authorities currently seem bogged down with rolling out superfast broadband to an ever-diminishing proportion of properties in hard-to-reach areas. They may not have the bandwidth to fully support communities wanting to upgrade to gigabit broadband services. Also, beware that local authorities – even if you can start a dialogue with them and they are not too busy – will shrug their shoulders and say they cannot give opinions on broadband suppliers.

We wish you the best of luck with your project. If you have a community website containing details of your project and are happy to share information, please email us at info@increasebroadbandspeed.co.uk.

Blog  |  Guide for Rural Communities: how to get FTTP  |  Increase Broadband Speed Guide