Updated:  As of 29th June 2020, Disney bit rates have improved and Dolby Atmos is now available. Here is our latest review: Finally Disney Plus in the UK Matches Bit Rates Used in the USA. 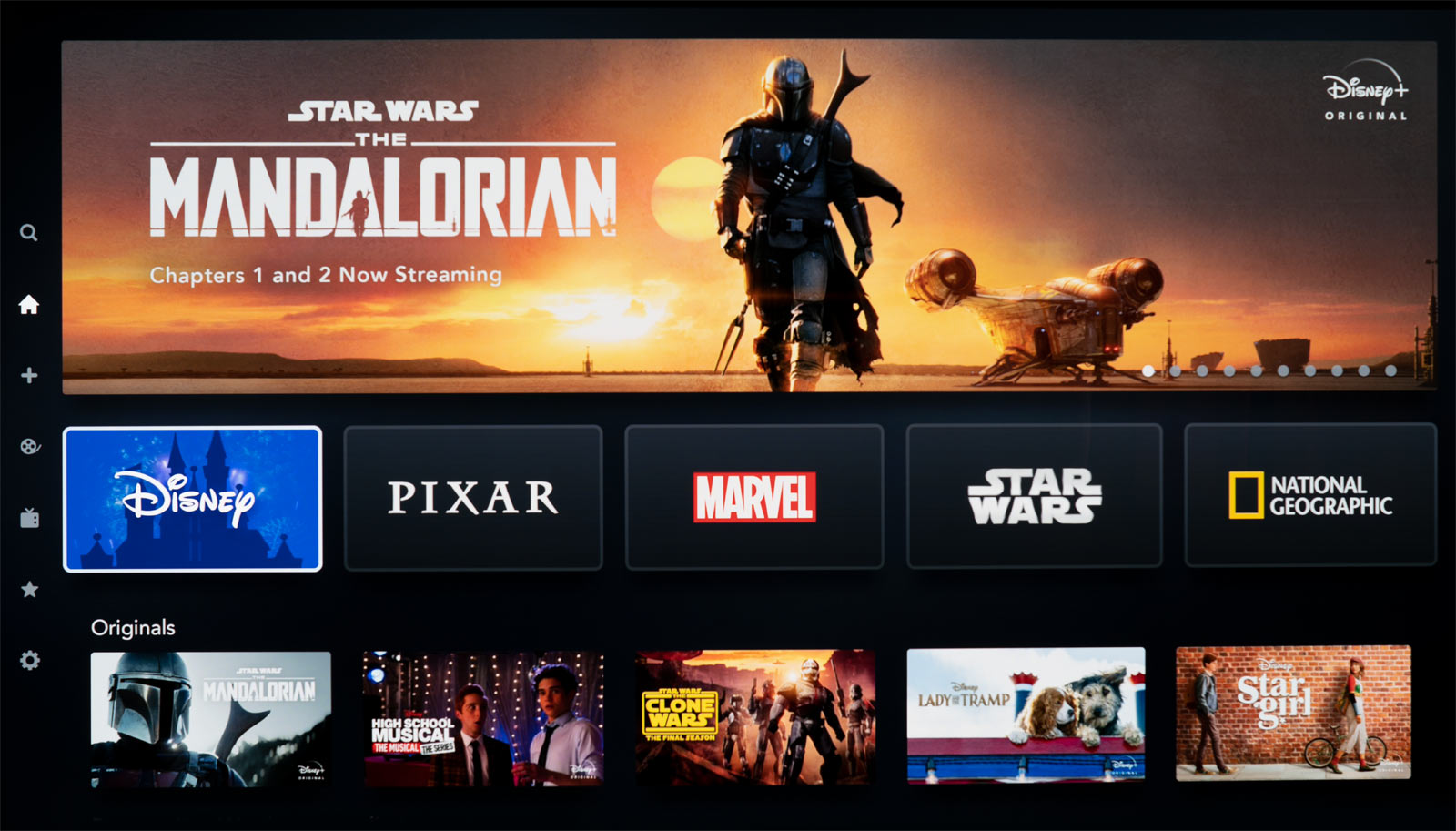 After launching in the USA in November 2019, Disney Plus has finally arrived in the UK at one of the most challenging periods for the UK and the world. Disney has scaled back bit rates, which means that the promised Ultra HD 4k content – which is being streamed in lower than full 4k quality – does not look as good as it should.

Also, the promised Dolby Atmos sound on many titles, which is still available in the USA, has been degraded to poorer-quality surround sound. Interestingly, Netflix, Amazon Prime and Apple TV+ in the UK are all still streaming Dolby Atmos despite also reducing bit rate. When bit rates return to normal, we will review the service again.

Despite the service not operating at its full potential, the breadth of the content on offer is excellent as too is the pricing, and we are sure that the service will be extremely popular among parents (with children now having to stay home without school) and with people isolated in their homes. With Netflix and Amazon Prime offering so much ‘edgy’ content (with certificates of 15 and above), the introduction of Disney Plus fills a much-needed gap for true family entertainment. However, we would need to see improved picture and sound quality to fully recommend the service and, in our view, it does not currently provide justification to dump physical media just yet!

Being called Disney Plus, one could be mistaken that the service would simply focus on Disney animated films, which Disney is probably best known for. However, as a result of past acquisitions, the service offers a broad range of content from Pixar, Marvel and National Geographic and includes Star Wars. 29 seasons of The Simpsons is also included. This means that you are able to access a significant number of titles, many of which will be available in high-quality Ultra HD 4k format (with High Dynamic Range) and Dolby Atmos sound – all for a very reasonable £5.99 per month.

Even for people who have invested in many of these films on physical media (for example, DVDs and blu ray discs), it’s great to be able to watch content in High Dynamic Range. 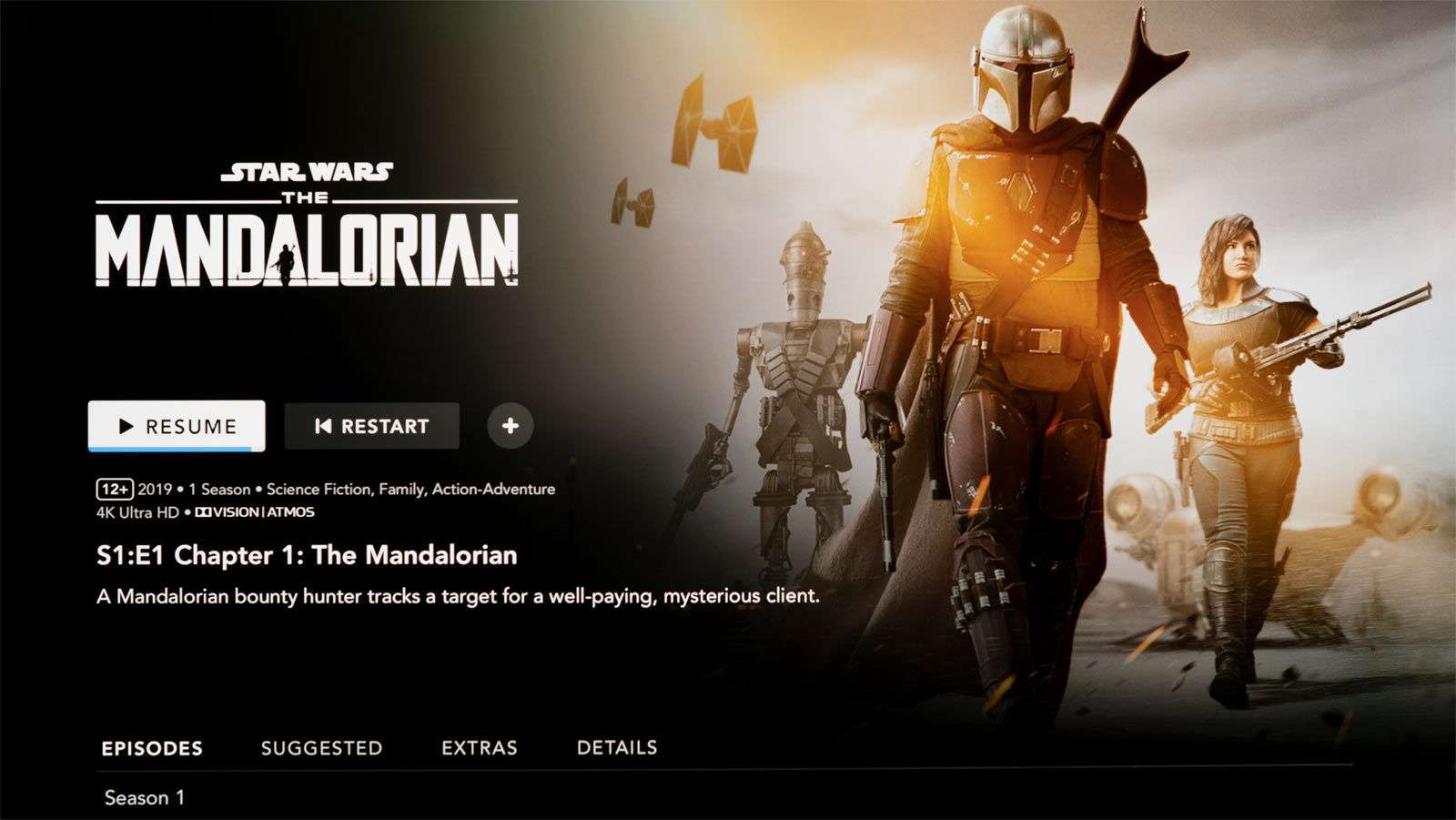 Disney Plus is not just about making its past catalogue available in a cost-effective streaming solution. For fans of specific genres (for example, Star Wars), Disney is providing newly-produced content that is sure to tempt many fans. For example, the original Star Wars series The Mandalorian – which is only streamed on Disney Plus – has proved very popular in the USA. Original content also available on Disney Plus includes:

The introduction of Disney Plus in the UK and other parts of Europe has coincided with the rapid spread of the Coronavirus.

Joining other streaming providers Netflix, Amazon Prime and Apple TV Plus in reducing bit rates, Disney has announced that they would launch in the UK and Western Europe with reduced bit rates, following a request by the European Commissioner Thierry Breton. There have been concerns that broadband network capacity limitations could potentially prevent home workers being able to work efficiently at home.

In a statement, Disney announced, “In line with Disney’s longstanding commitment to act responsibly, we are responding to the request of European Commissioner for Internal Market Thierry Breton to work together to ensure the smooth functioning of the broadband infrastructure. In anticipation of high consumer demand for Disney+, we are proactively instituting measures to lower our overall bandwidth utilisation by at least 25% in all of the markets launching Disney+ on March 24th.”

Furthermore, the release stated, “In the coming days, we will be monitoring Internet congestion and working closely with Internet service providers to further reduce bit rates as necessary to ensure they are not overwhelmed by consumer demand.”

This move has proved somewhat controversial since broadband providers in the UK have been reporting adequate network capacity. For example, Openreach has not seen any significant issues across its broadband network, and that a 20% increase in daytime usage (so far) has meant that daytime usage has not been as high as the usual usage levels experienced during evening peak times.

The reduced bit rates are inevitably affecting sound and picture quality, which will affect some users more than others. Currently, many titles are being advertised as having Dolby Atmos sound but this is, currently, not available on these titles – being replaced by a poorer quality surround sound track. In the USA, Dolby Atmos sound tracks are still being streamed. 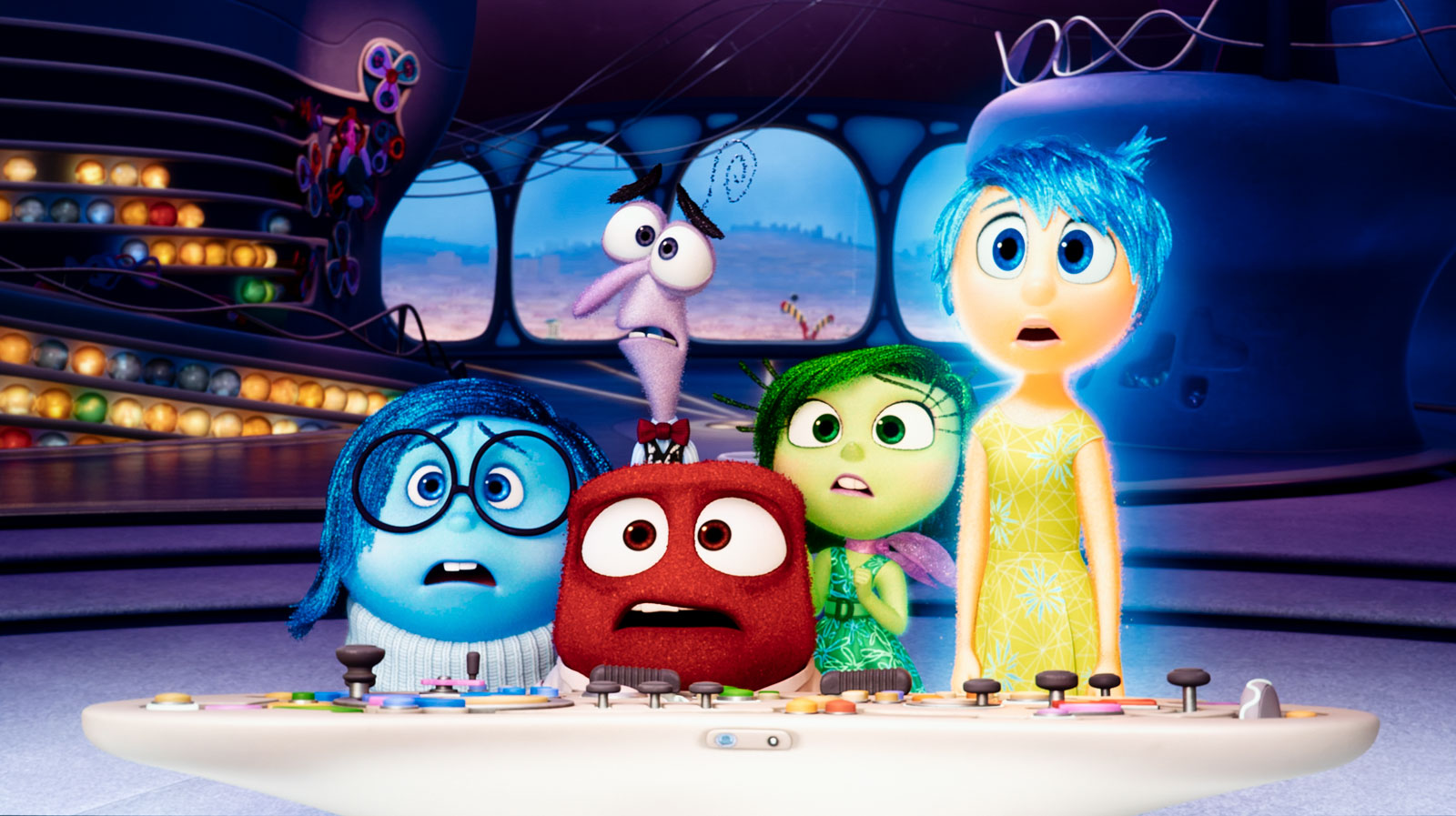 While all streaming providers have reduced bit rates, a comparison of the services reveals significant quality differences. The table compares the resolution, audio bit rate and average bit rate for 4k content from the streaming services in the UK.

Table: Comparison of resolution and bit rates of the UK streaming services for 4k content

Interestingly, Apple TV+, Netflix and Amazon Prime all stream 4k content at its full resolution of 3840 x 2160. Disney is the odd one out, streaming 4k content at only 2560 x 1440, which is not strictly Ultra HD at all. Disney Plus certainly does not give the ‘wow’ factor and noticeably lacks the sharpness of its rivals. Apple TV+ is clearly top of the pack when it comes to picture quality, and uses substantially higher average bit rates (50% or more) than its rivals.

Despite bit rate reductions, Apple TV+, Netflix and Amazon Prime are all still streaming titles in Dolby Atmos sound, while Disney Plus has removed this option for the time being.

Picture quality is far from terrible but we look forward to a time when pictures and sound improve, and we promise to revisit the service when things return to ‘normal’.

Comparison of US and UK Disney Plus services 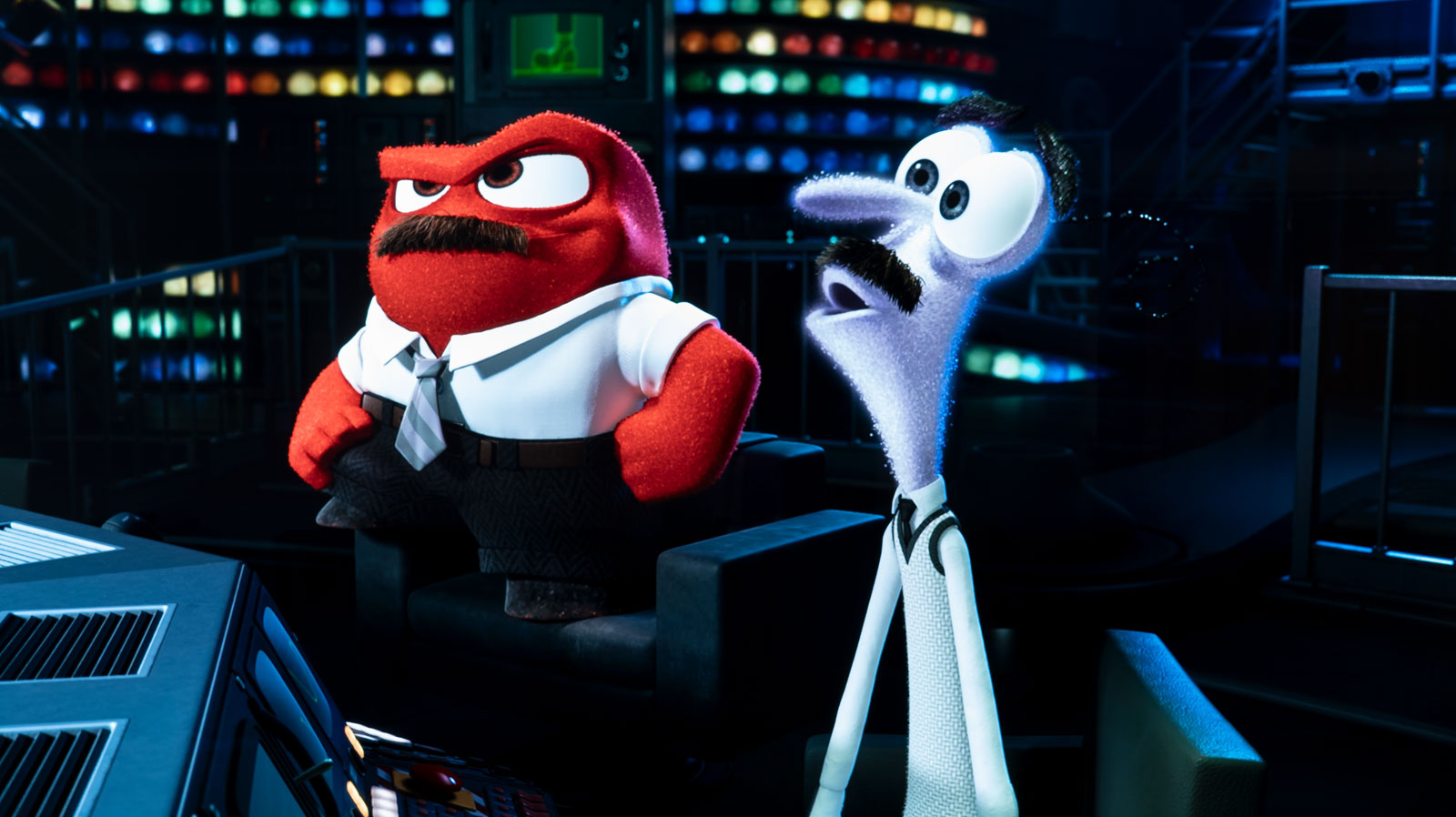 We have been able to directly compare the Disney Plus services currently available in the USA and the UK – both using an Apple TV box. The table below compares the services in terms of resolution, audio bit rate and average bit rate for a range of Ultra HD 4k titles. For Ultra HD titles, the average bit rate has been reduced by more than 45%. Audio bit rates have been reduced by about 67%. These figures are substantially higher than the 25% figure widely reported in the media.

Table: Comparison of US and UK Disney Plus services for Ultra HD 4k titles

Disney Plus is recommended

Reduced bit rates make reviewing the Disney Plus service challenging, particularly as Disney does not come out well from picture and sound quality comparisons with its streaming rivals, which have also reduced bit rates.

There is an excellent range of content on offer. Unlike the recently-launched Apple TV+ where navigation of available content is a complete dog’s breakfast, it is very easy to find and play content with Disney Plus. Compared particularly with the Netflix Premium service (£11.99 per month), which offers Ultra HD content, Disney Plus offers Ultra HD content as part of its standard £5.99 per month subscription. With its excellent pricing and content catalogue, the service is sure to tempt many families, but we await picture and sound quality improvements before we give a strong recommendation.

New! We can now provide a strong recommendation for Disney Plus in the UK. Read our latest review here: