Consider replacing your existing modem/router with a more robust model to improve speeds.

When most people receive a broadband wireless router from their ISP, they probably think that all such devices perform in a similar fashion, and that the differences between them come down to aesthetics, features (for example, whether or not WiFi is supported) and price. However, we have found that this is not the case.

Performance between models varies substantially, in terms of broadband connection speed and wireless speeds and range. Not all devices support the latest enhancements with high-speed fibre broadband, such as G.INP and multicast (required for BT’s TV service, for example). 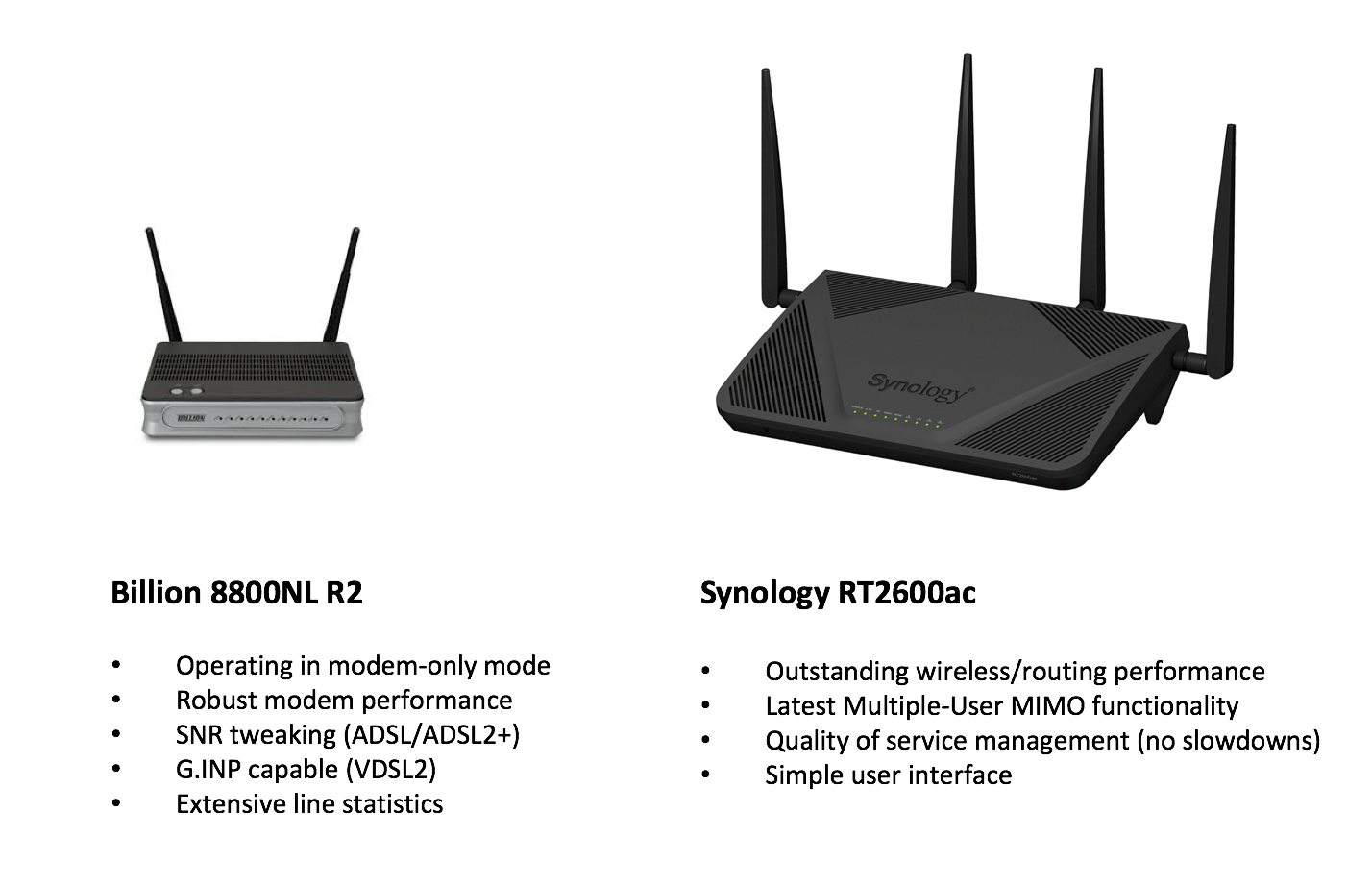 We are often asked to provide recommendations for modems/routers, so we have produced the following page, which is regularly updated.

We have rigorously tested many different broadband modems over the years, and we are often surprised by how different they are in terms of the speeds that they connect at and, in particular, their abilities to maintain a reliable broadband connection. If your modem/router is relatively old, or you suffer from regular disconnections on your line, there may be significant benefits in upgrading, particularly if your current modem does not support target SNR margin tweaking (with conventional ADSL or ADSL2 lines).

For the highest broadband connection speeds, you modem router should incorporate SNR adjustment (if you are using conventional ADSL broadband) and be fully compatible with G.INP (if you are using fibre broadband). It should also fully support multicast, if you want to watch BT TV services.

Wireless performance is often the performance bottleneck in most homes today, so we advise investing in a high-quality wireless router.

Rather than using a single device that incorporates a modem, router and WiFi wireless capabilities all in one box, there are benefits from using a separate robust modem combined with a state-of-the-art wireless router.

Next Tip: Ensure you have an NTE5 BT master socket installed