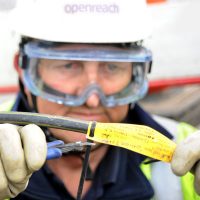 BT has announced an ambition to roll out ultrafast broadband to 12 million UK premises by 2020 – two million more than previously announced. Two technologies will be used to achieve this: Fibre to the Premises (FTTP) and G.fast. BT’s FTTP plans are getting a boost, with BT aiming to reach two million premises with this technology by 2010, to deliver speeds up to 1 Gbps. As discussed in our previous article Latest Pricing Positions FTTP as a Niche Product, […] END_OF_DOCUMENT_TOKEN_TO_BE_REPLACED 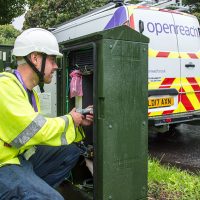 While it’s still relatively early days in the roll-out of Fibre to the Cabinet (FTTC) fibre broadband technology in the UK, a new technology is around the corner that will offer significantly higher download and upload speeds. This new technology – known as G.fast – was first trialled by BT in the summer of 2015 in Huntingdon (Cambridgeshire) and Gosforth (Newcastle). In its results for the quarter ending December 2014, BT stated that it expected to deploy G.fast “at scale”, […] END_OF_DOCUMENT_TOKEN_TO_BE_REPLACED

Reflecting the availability of a new (so called “55/10”) VDSL2 speed profile on BT’s fibre broadband network, BT has increased the maximum download throughput offered on its BT Infinity service to about 52 Mbps. Prior to the change, the BT Infinity 1 offering was based upon the standard “40/10” service provided by BT Openreach. This has a maximum downlink connection speed of 40 Mbps (equating to a throughput of about 38 Mbps). In January 2016, BT Openreach introduced a new […] END_OF_DOCUMENT_TOKEN_TO_BE_REPLACED 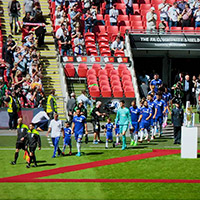 At 2.45pm on Sunday 2nd August 2015, BT made history by launching the first broadcast channel in Ultra HD format in the UK. On its new BT Sport Ultra HD channel, delivered by fibre broadband, BT screened the 2015 FA Community Shield – a live football match between Arsenal and Chelsea at Wembley Stadium. The Ultra HD cameras certainly captured the scene at Wembley Stadium better than we have ever seen before on TV, with images seeming much more real […] END_OF_DOCUMENT_TOKEN_TO_BE_REPLACED 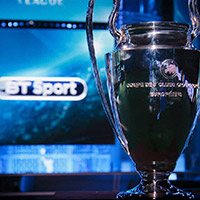 Don’t forget to view our Review of Sky Q Ultra HD. As described in our previous article HD and 4k Delivered by Fibre Broadband, Ultra HD content is developing nicely and BT has now arrived on the scene! BT has made a very promising start with the launch of the UK’s first Ultra High Definition TV channel in the UK, and pricing is very competitive for its Ultra HD TV service. The performance of the Humax YouView+ DTR-T4000 set-top box […] END_OF_DOCUMENT_TOKEN_TO_BE_REPLACED 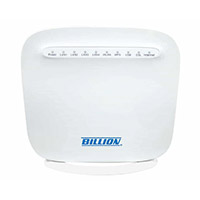 Our favourite modem routers – the Billion 8800NL and the enhanced Billion 8800AXL – provide superb performance and represent great upgrades for broadband users using either conventional ADSL broadband or fibre broadband. For fibre broadband users, they are also fully compatible with G.INP, which is an enhancement implemented on BT’s fibre network to improve error performance and broadband speeds further. The good news is also that these are fully compatible with BT’s TV service and its multicast delivery of TV […] END_OF_DOCUMENT_TOKEN_TO_BE_REPLACED 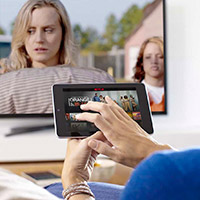 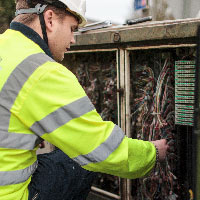 A major enhancement called G.INP has been introduced to my fibre broadband FTTC connection, as part of BT’s rollout of a new technology aimed at improving fibre broadband speeds and reducing errors. In this article, I look at G.INP and its benefits, and show how you can tell if this technology has been implemented on your line. G.INP appears to significantly improve lines affected by crosstalk interference, even in the absence of vectoring! Because some modems (e.g. the BT Home Hub […] END_OF_DOCUMENT_TOKEN_TO_BE_REPLACED 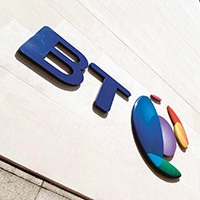 The last time I reported on the growth in BT’s fibre broadband take-up was in July 2014. Then, the take-up statistics showed absolutely no sign of an increasing upward trend and pointed to the failure of BT and ISPs to successfully get the positive messages of superfast broadband across to consumers and businesses. This was a subject I raised face-to-face with Ed Vaizey and others involved in BDUK-related roll-outs, who were very receptive at the time to the principle of […] END_OF_DOCUMENT_TOKEN_TO_BE_REPLACED 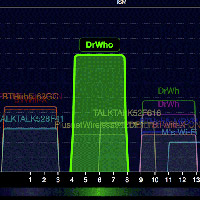 Within the last four months, most households in my local community have migrated from conventional broadband services (delivering download speeds of between 0.5 and 4 Mbps) to fibre broadband. While feedback about fibre broadband has generally been very positive, I’ve been really surprised by the number of people reporting problems after migration, including measured speeds that are erratic and/or much lower than expected. On further investigation, I have found that the vast majority of problems have been due to WiFi […] END_OF_DOCUMENT_TOKEN_TO_BE_REPLACED

How to Speed Up DNS Look-ups

How to Fix Bufferbloat

How to Set Up and Improve WiFi

Multiple ADSL Connections What is ADSL Bonding? What is Load Balancing?